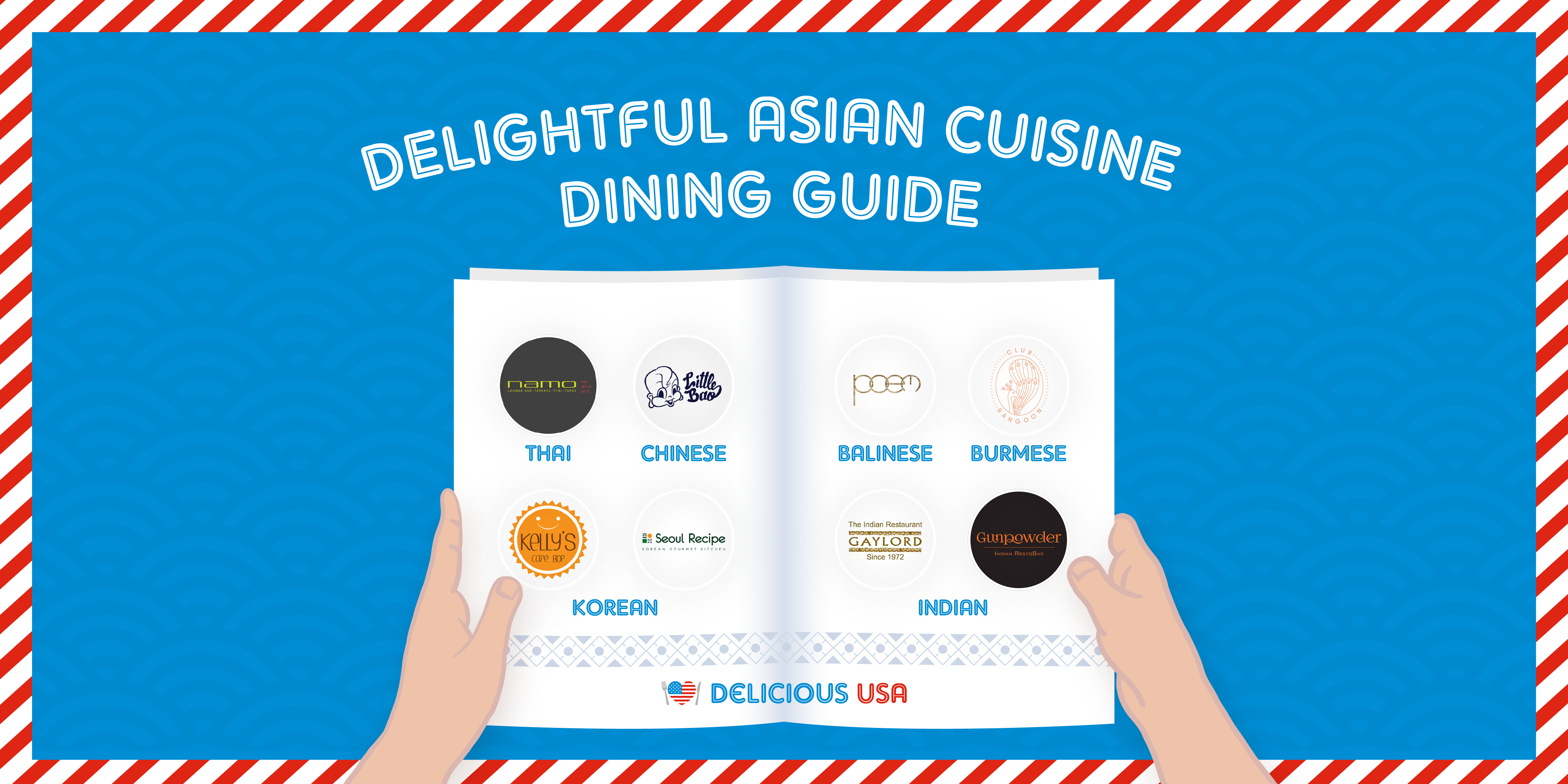 All The Asian Eats of
Delicious USA 2021

Asian cuisine encompasses some of the most fascinating and flavorful culinary regions in the world. As one of Asia’s foodie capitals, Hong Kong is home to some of the world’s best dining establishments, many of which serve amazing authentic, modern or elevated Asian eats. Delicious USA 2021 is thrilled to have a host of participating restaurants displaying exciting Asian dishes using American ingredients. This won’t be the first time that U.S. ingredients are used in Asian cooking. In fact, the United States is home to a very large community of Asian Americans making various Asian cuisines very popular in the U.S. – particularly in foodie cities like Los Angeles and New York. Asian fusion has also become increasingly popular in recent years owing to the mix of cultures throughout the U.S. 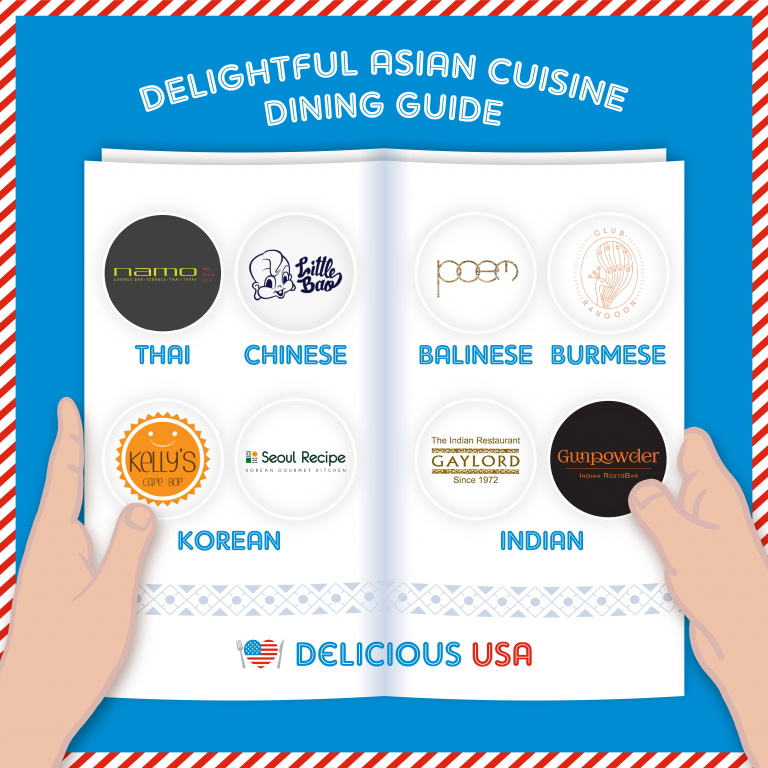 Much like America, Hong Kong is a melting pot of Asian cultures. Aside from delicious traditional Cantonese eats, you can pretty much find any Asian cuisine you crave in Hong Kong – from Indian, Korean and Thai to Burmese, Balinese, Chinese and more! Delicious USA 2021 celebrates these delectable cuisines with a spectacular selection of participating Asian restaurants. Read on to find out which Asian culinary regions you can explore during Delicious USA 2021!

Balinese food focuses on fresh ingredients, a variety of spices and sharing-style eats. In recent years, organic farming and eco-tourism has become increasingly popular in Bali with the island becoming somewhat of a paradise for sustainable and eco-conscious travelers. Hong Kong’s only Michelin-recommended Bali-inspired restaurant, POEM, salutes Bali’s organic movement by serving ethically sourced meats and seasonal ingredients. POEM has chosen to highlight American Wagyu during Delicious USA 2021 as American Wagyu cattle are humanely raised and grass-fed to create a product of exceptional quality.

Burmese cuisine will be a new concept to many people as its dishes, and even many of its ingredients are not often found outside of Myanmar, which was closed to tourists for 60 years, only opening up in 2011. However, if you’ve ever had the pleasure of sampling this flavorful cuisine, you’ll know how unbelievably delicious, and how tragically underrated, it is. Burmese cuisine is marked by rich, savory flavors and influences from neighboring Southeast Asian countries such as India and Thailand. Hong Kong’s first Burmese restaurant, Club Rangoon, opened in 2020 introducing many diners to this region for the first time. Club Rangoon’s Head Chef Karisa Cheque loves experimenting with new ingredients and showing her love of travel through her creations. Her Beef Dan Bauk beautifully blends Burmese flavors with fresh American produce. 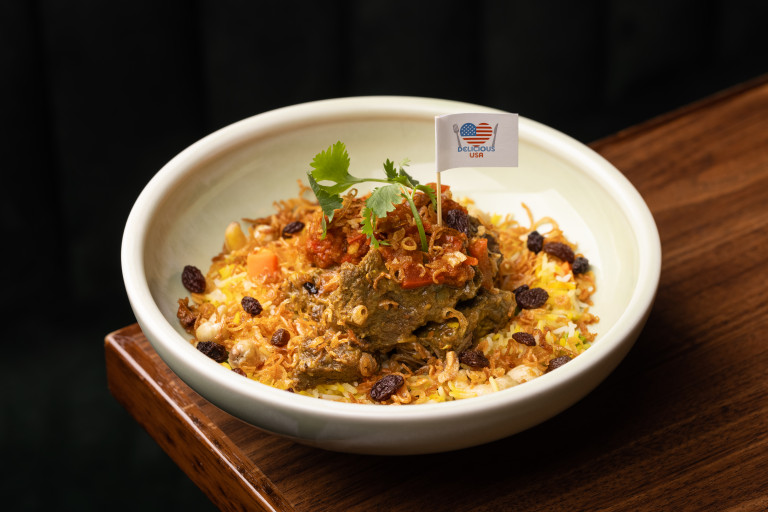 Chinese cuisine encompasses such a vast range of dishes and regional styles that it can be quite difficult to narrow it down to a single description. In Hong Kong, Cantonese cuisine is certainly the most common with Cha Chaan Tengs and Dai Pai Dongs serving cheap, comfort eats to the masses. Delicious USA 2021’s participating Chinese restaurants are creating classic eats with a twist using unique flavors and ingredients. Holt’s Café at the gorgeous Rosewood Hotel offers an elevated version of Ho Fun using America’s prized Wagyu Beef while Little Bao creates a quirky Burger Bao in the way that only Chef and Owner May Chow can – using an irresistible blend of Asian flavors and premium U.S. ingredients. 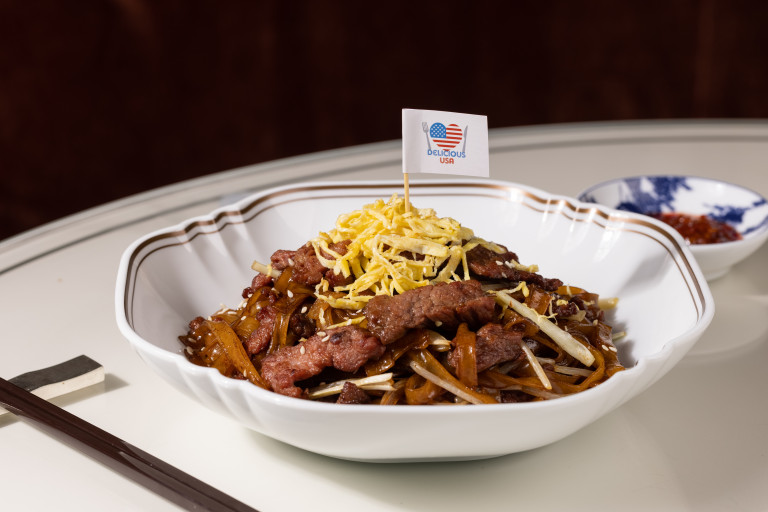 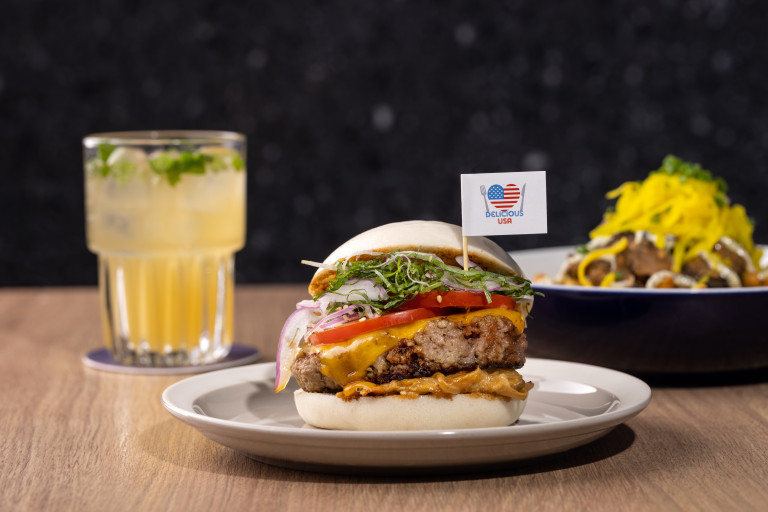 Indian cuisine is beloved all over the world for its strong flavors and hearty dishes. Hong Kong is home to a large Indian community and some of the finest Indian restaurants around. Hong Kong’s oldest Indian restaurant, Gaylord, is celebrating Delicious USA 2021 along with their new, more modern Indian RestoBar Gunpowder for the second year in a row. Both restaurants present brand new menu items highlighting Atlantic Salmon, which is one of founder Rajeev Bhasin’s favorite American products! 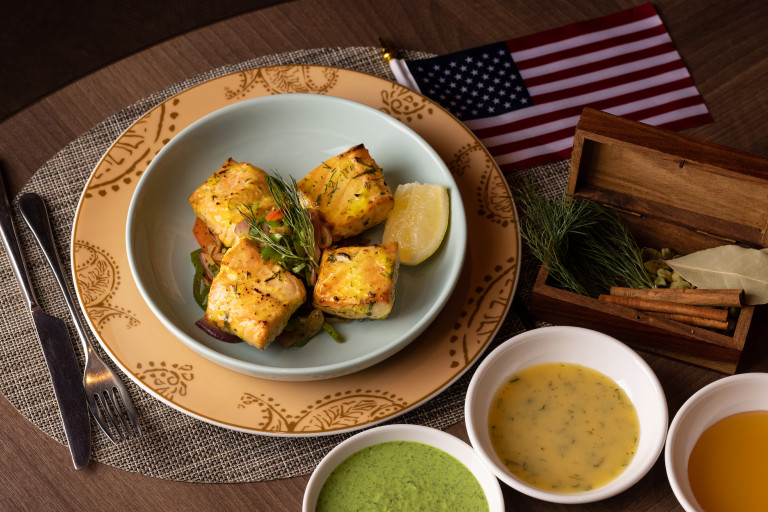 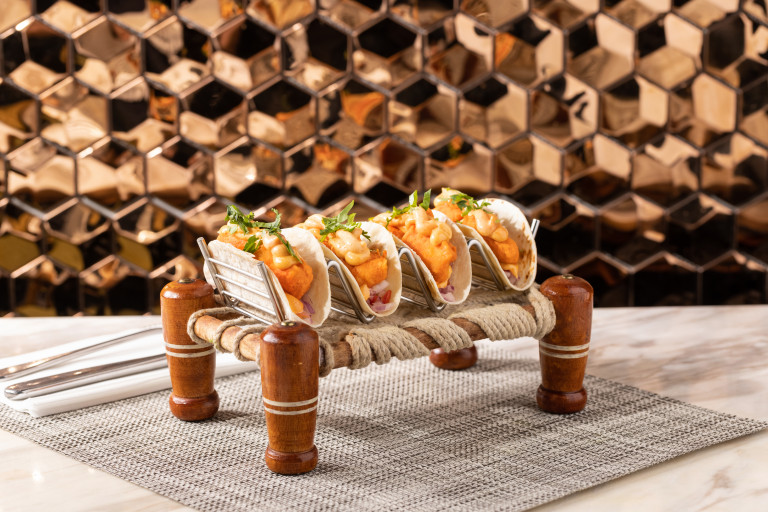 Fun fact, the U.S. is home to the largest Korean diaspora community in the world. The largest American Korean community is in Koreatown, Los Angeles where you’ll find a wide range of authentic Korean restaurants, much like in Hong Kong! There’s even a cut of Korean Short Rib named after Los Angeles; L.A. Kalbi. L.A. Kalbi is a thinner cut which soaks up marinade very quickly and was thought to have been developed by Korean immigrants in Los Angeles. You can try this special cut during Delicious USA 2021 at Michelin-recognised Kelly’s Cape Bop or host a Korean BBQ party at home with Seoul Recipe. 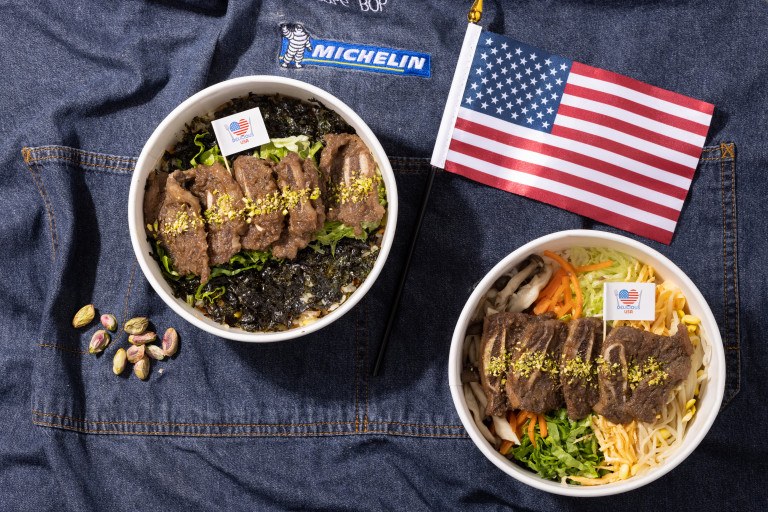 With a passion for fresh herbs and spices, Thai food emphasizes intricate, sweet, sour, and often spicy flavors. Perhaps the most well-known dishes in Thai cuisine are rich, sweet yet spicy curries and the satisfyingly sour Tom Yum soup. Namo Avant Thai combines both of these beloved elements in their Delicious USA 2021 dish which showcases Boston Lobster served in both Tom Yum Soup and Penang Curry. 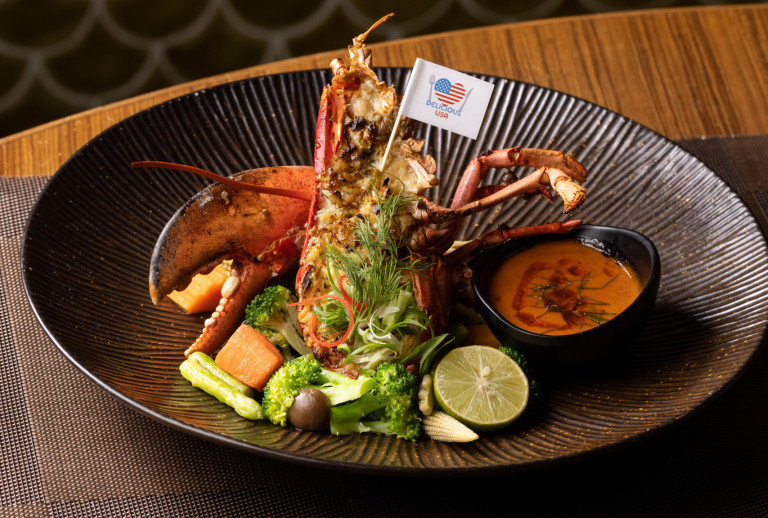 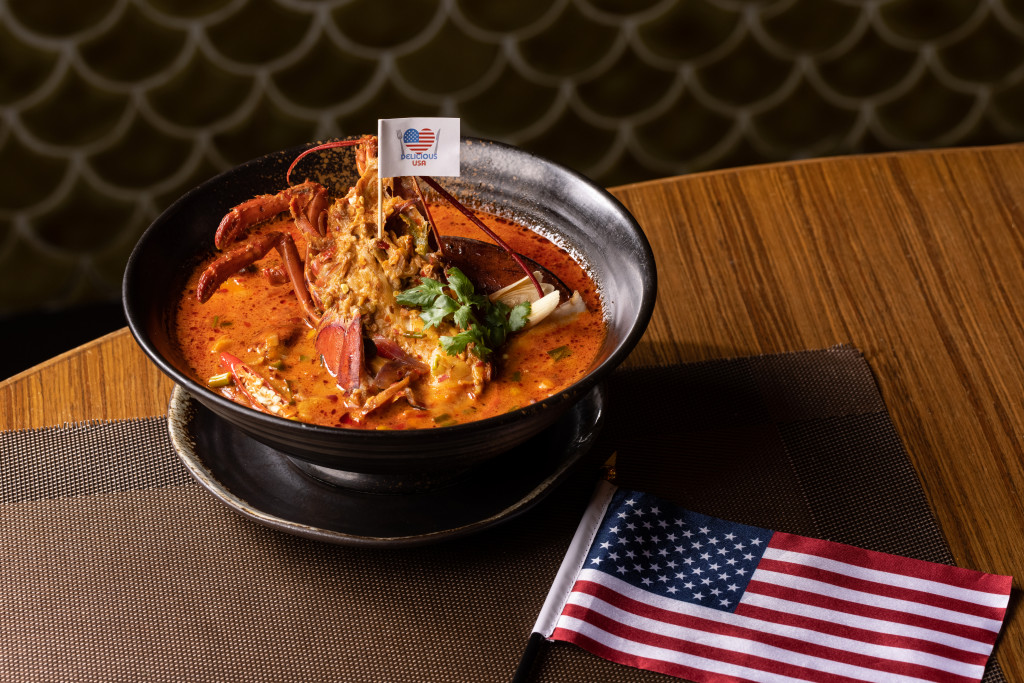 Supporting Sustainable Farming with Delicious USA 2021 The Delicious USA festival is back for its third year from July 1 to July 31, 2021! A range of diverse restaurants across Hong Kong will showcase creative dishes using the finest U.S. ingredients. We’ll be announcing the full list of participating restaurants soon but first, we’d like to tell you a bit…

Sustainable Farming: Pork The Delicious USA festival is back for its third year from July 1 to July 31, 2021! Featuring a range of diverse restaurants across Hong Kong showcasing creative dishes using the finest in the U.S. produce.  The United States is the world’s top pork exporter, with exports of U.S. pork to China increasing more than twofold in…