Nothing screams summer in the United States like a good, old-fashioned BBQ – especially on the 4th of July, America’s Independence Day. In recent years, Southern American BBQ has garnered new acclaim with restaurants all over the world implementing the smoking and grilling techniques that U.S. BBQ establishments are known for. Even Netflix has jumped on the BBQ train with popular cooking shows such as Ugly Delicious, Chef’s Table: BBQ, and The American BBQ Showdown giving international audiences a taste for this type of Southern cuisine. Hong Kong restaurants are too realizing the beauty of grilling; during Delicious USA 2021, diners will get to experience authentic barbequed eats at a range of fabulous dining establishments.

From July 1 to July 31, 2021, take a trip across the US with Delicious USA 2021 as you enjoy expertly smoked and grilled treats such as Brisket, Ribs, and Pulled Pork with all the fixin’s. We’ll tell you where to find these irresistible dishes in just a moment, but first, let’s discover what makes American BBQ so special.

What is Southern BBQ?

Southern BBQ is so much more than just cooking meat outdoors on an open flame. In the Southern USA, BBQ is a culture, it’s almost a way of life. While regional styles vary, all Southern BBQ involves cooking meat low and slow over an indirect heat. This creates that distinctive smoky taste for which BBQ is known. The word “BBQ” refers not only to the cooking method but to the food itself – in the Southern USA you can actually walk into a BBQ joint and order a plate of BBQ! So what might you find on said BBQ plate?

Well, this depends on where exactly you are. BBQ is common in many states, even outside of the South, yet there are four main regions that are commonly referenced in terms of BBQ styles –  the Carolinas, Kansas City, Memphis, and Texas.

Carolina BBQ is all about the pork! North Eastern, North Western, and Southern styles of Carolina BBQ differ, mostly based on the type of sauces they use, yet the focus remains on pork. The pork can be pulled, shredded, chopped, sliced, or even served whole but one thing’s for sure – it’s always delectable.

Kansas City isn’t picky about which meat they’ll BBQ, but they are perfectionists when it comes to getting their method just right. The meat is smoked with a dry rub and their signature sauce, which is delightfully sweet and layered with complex flavor, is served on the side.

Memphis is another pork-centric region and they’re renowned for their pitt-smoked pork. This pork is then turned into two distinctive dishes: Pork Ribs and Barbecue Sandwiches which are usually made with pulled pork. Memphis sauce is tangy and tomato-based and goes perfectly on top of a pulled pork sandwich.

Within Texas, you’ll find many different styles and meat, yet the state is particularly famous for its beef. The “Texas Trinity”, which is definitely what you should order at any Texas BBQ joint, includes expertly smoked Brisket, Sausage, and Ribs. In Central Texas, the meat is the focus and it’s often served without sauce and with minimal spice. However, in East and South Texas, the meat tends to be marinated in the sauce, which is usually thick and sweet.

St. Louis has a passion for the sauce that is applied to the meat after it is grilled. In fact, St. Louis consumes more BBQ sauce than any other city in America! St. Louis is famed for their Pulled Pork Butt Sandwiches and St. Louis-style Ribs which have more meat than their national counterparts.

Where Can I Get BBQ in Hong Kong?

As one of the world’s foodie capitals, it’s no surprise that Hong Kong chefs and restaurants have too realized the beauty of BBQ. With a number of participating BBQ spots, American restaurants, and creative international eateries getting their grill on, you can be assured an authentic taste of American BBQ during Delicious USA 2021! Here’s where you can get your fill of sweet, smoky meats: 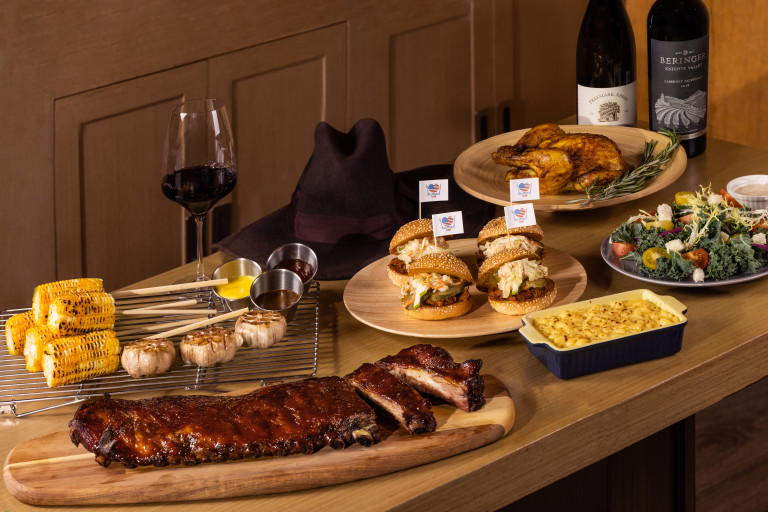 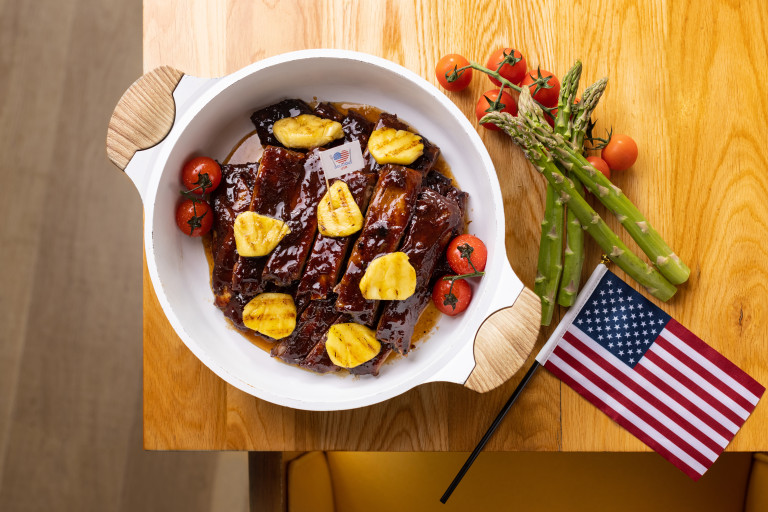 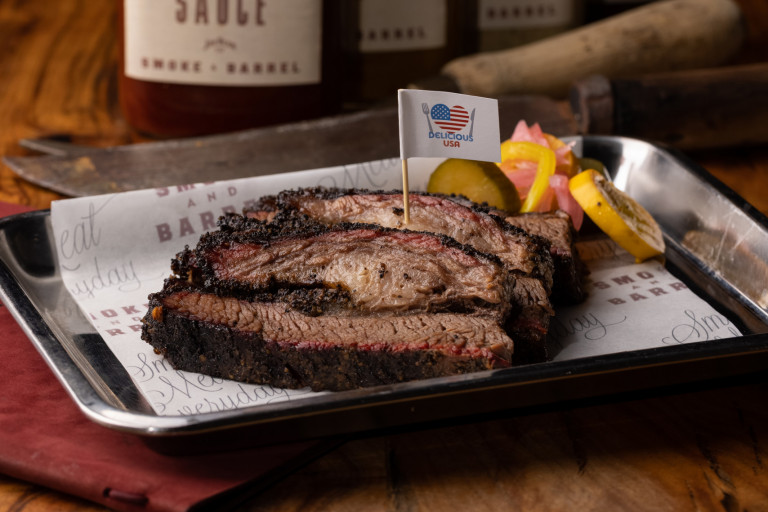 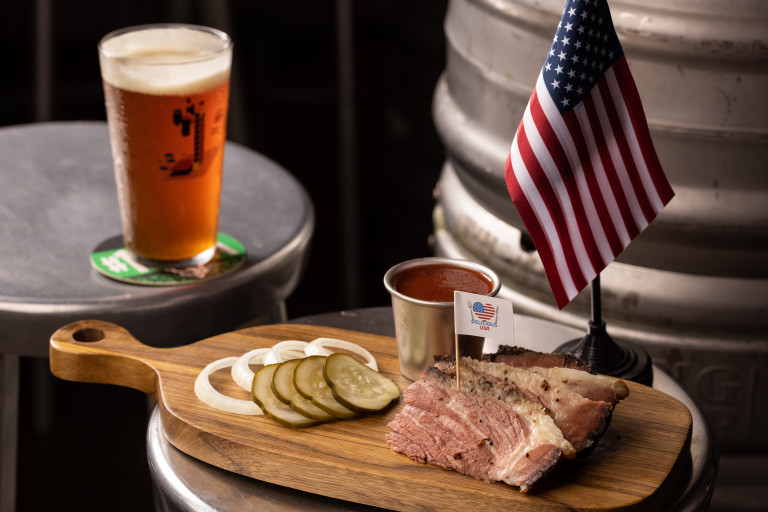 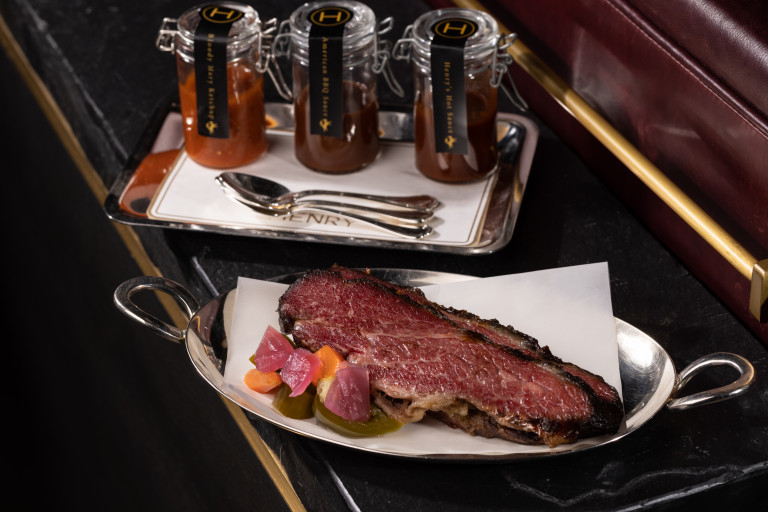 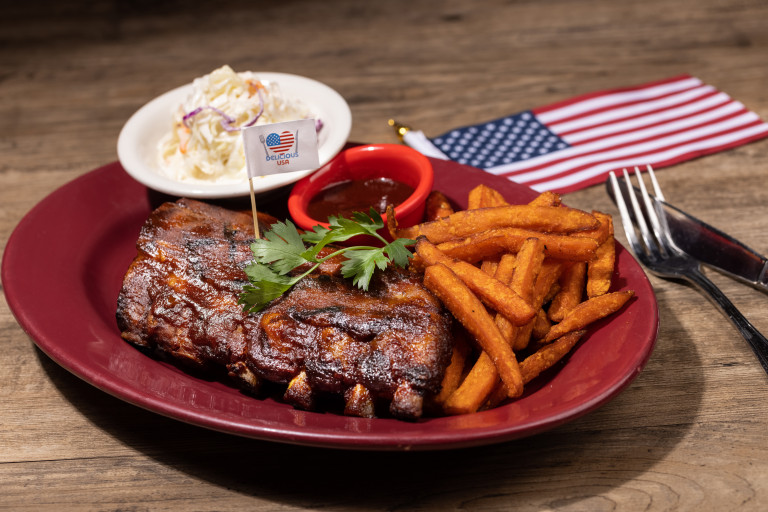 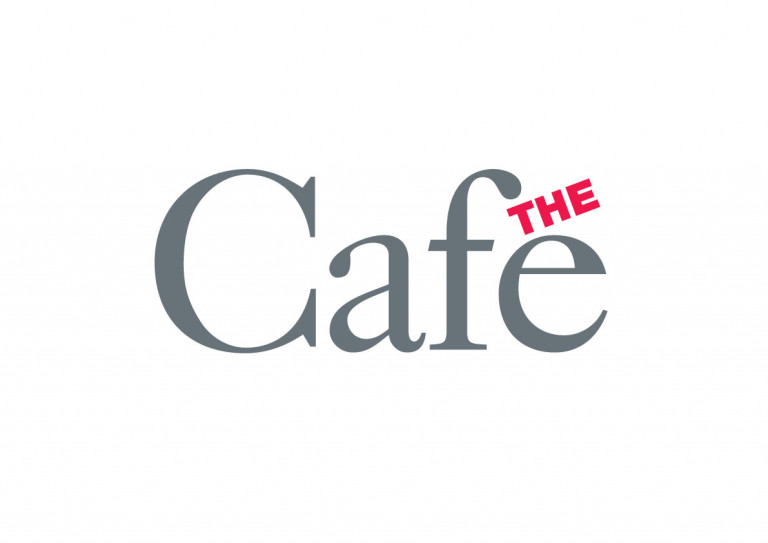 The Most Exciting Ingredients for Delicious USA 2021 The Delicious USA festival is back for its third year from July 1 to July 31 2021! Featuring a range of diverse restaurants across Hong Kong showcasing creative dishes using the finest in the U.S. produce. We’ll be announcing the full list of participating restaurants in June but ahead of this we’d…

Supporting Sustainable Farming with Delicious USA 2021 The Delicious USA festival is back for its third year from July 1 to July 31, 2021! A range of diverse restaurants across Hong Kong will showcase creative dishes using the finest U.S. ingredients. We’ll be announcing the full list of participating restaurants soon but first, we’d like to tell you a bit…

Having been in the Hong Kong hospitality industry for over 30 years, Rajeev Bhasin is no stranger to the city’s vibrant yet ever-changing dining scene. Bhasin is the founder and managing director of Mayfare Concepts, which among many celebrated restaurants, manages Gaylord, Hong Kong’s oldest Indian restaurant with a history of over 50 years! As well-versed and knowledgeable as Bhasin…